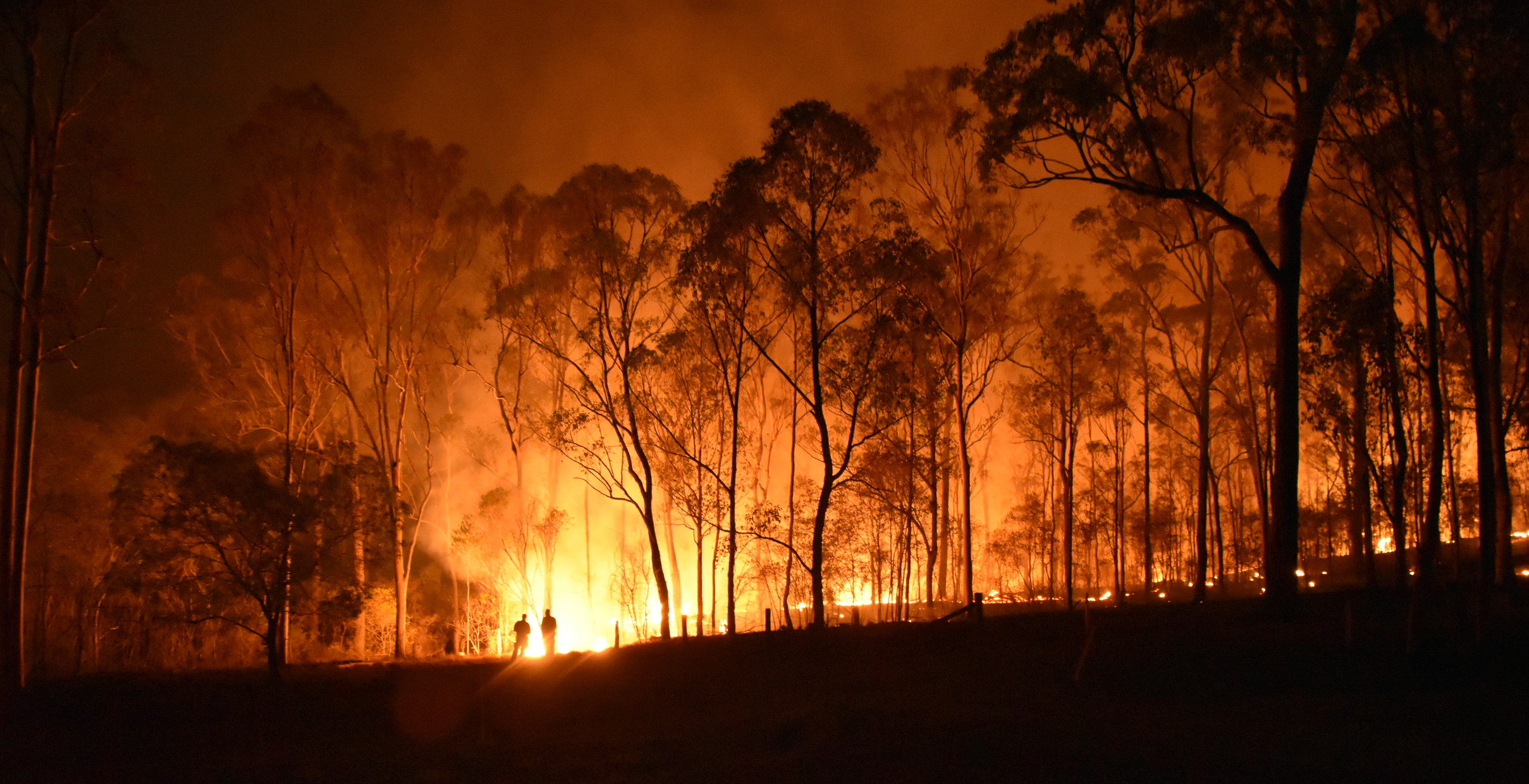 “It just took off as if there was jet fuel.” So said Sheriff Brett Meyers of Whitman County, Washington concerning the fire that mostly destroyed the town of Malden. At the time of this writing, there are more than 100 active large fires burning in western states that have consumed approximately 6.6 million acres. Dozens of persons have died as a result, thousands of homes and buildings have been destroyed, and numerous communities are experiencing the worst air quality on the planet.

Last week, Hurricane Sally hit the Gulf Coast less than three weeks after Hurricane Laura struck, the latter being the most powerful storm to strike Louisiana in the last 150 years. We are only halfway through the hurricane season and already there have been 23 named storms, putting this on track as the worst Atlantic hurricane season on record.

Scientists agree that climate change is a major contributing factor to the increased frequency and intensity of both wildfires and hurricanes. Other impacts of rising temperatures include melting glaciers and sea ice, rising sea levels, shifting plant and animal habitats, longer and more intense heat waves, and increases in both droughts and floods. How is the Pension Boards responding?

In 2017. the investor-led initiative Climate Action 100+ was launched to move the world’s largest corporate greenhouse gas emitters to action. It currently has over 518 investor signatories with cumulative assets under management in excess of $47 trillion; the Pension Boards is one of the signatories.

Climate Action 100+ focuses on 161 companies that are collectively responsible for approximately 80% of corporate greenhouse gas (GHG) emissions. The goals are threefold:

This trifecta of goals aims at meaningful, measurable, and verifiable corporate reductions in GHG.

Progress is being made. One-hundred twenty companies have adopted governance frameworks, 50 have committed to achieving net-zero emissions by 2050 or sooner, and 59 have formally supported disclosure recommendations. This is encouraging, but much remains to be done.

As a next step, a Climate Action 100+ Net-Zero Company Benchmark will be released next year in order to assess progress in achieving the goals. This benchmark will provide investors with a comprehensive analysis of corporate leaders and laggards in the movement to a net-zero future. Among other things, the analysis will be important in developing corporate engagement strategies.

The Pension Boards is not a passive signatory; we actively engage directly with companies we own on members behalf on climate issues through our participation in the Interfaith Center on Corporate Responsibility (ICCR). That engagement takes place through shareholder resolutions to limit GHG footprints, and through direct talks with corporate leaders. These engagements are powerful and increasingly effective advocacy tools in the environmental justice movement.

We also make our mark through the investments on behalf of our members. Income producing “green bonds” aim at developing alternative energy and increased energy efficiently, thus contributing to the emerging low-carbon economy. Additionally, Pension Boards responses to a General Synod resolution urging the development of investment strategies to address climate change include launching the Northern Trust Global Sustainability Index Fund. This option, offered to Pension Boards members with accumulation accounts, invests in “best in class” companies that hold to the highest standards in their environmental, social, and governance policies and practices.

Wildfires rage in the West Coast and a hurricane hits the Gulf Coast. One is linked to dry conditions, the other brings torrential rains and flooding. Both natural disasters are amplified by climate change which intensifies the already formable destructive powers of each. Along with other faith- and values-based investment partners, the Pension Boards is leveraging its investments not only for the sake of financial security, but also for the sake of a sustainable environment.